The Golden Bough, by Frazer, was a classic study of religion and magic of the beliefs and institutions of mankind.
A serious and interesting analysis of the progress, through magic and religion, to scientific thought that revealed new visons and new panoramas to human kind.

Science and technology have forever paved the way to new forms of art and new concepts that have made our work at Fonderia Artistica Mariani magical and precious, as when the golden leaf or the golden grit, in a more appropriate technical term, is used to decorate pieces of art for the pleasure of the art lovers’ eyes.

There are many contemporary artists that have made of the gilt technique a unique selling proposition, a distinctive mark that conveys their message beyond the material itself that is being used.

At Fonderia Mariani in Pietrasanta, a shining example of how the golden leaf can and may become art, is Bjorn Norgaard’s works, exhibited and installed in the most prestigious locations of Europe. As in the case of his Last Supper. 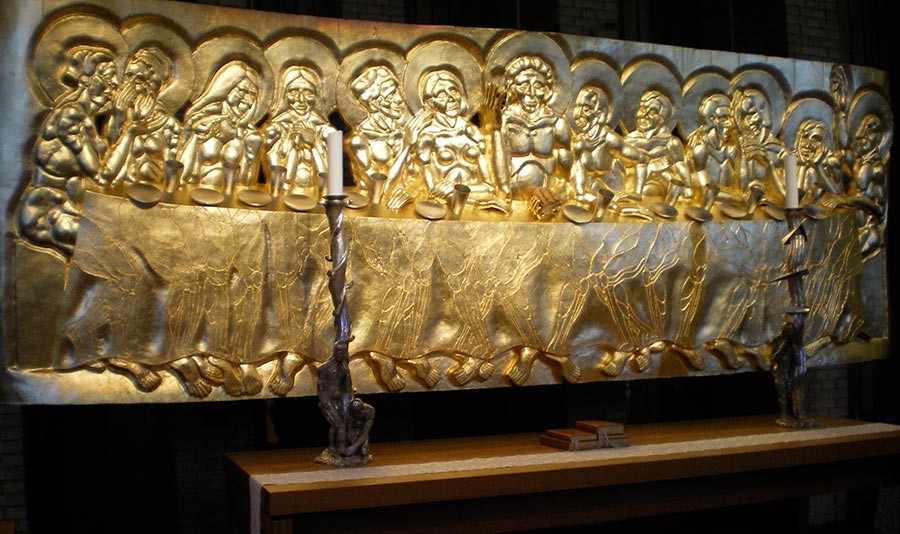 Also Anna Chromy, the bohemian artist that found in Pietrasanta, and in our artisans the best way to express her talent, uses the golden grit to make her work revealing a more precious message. 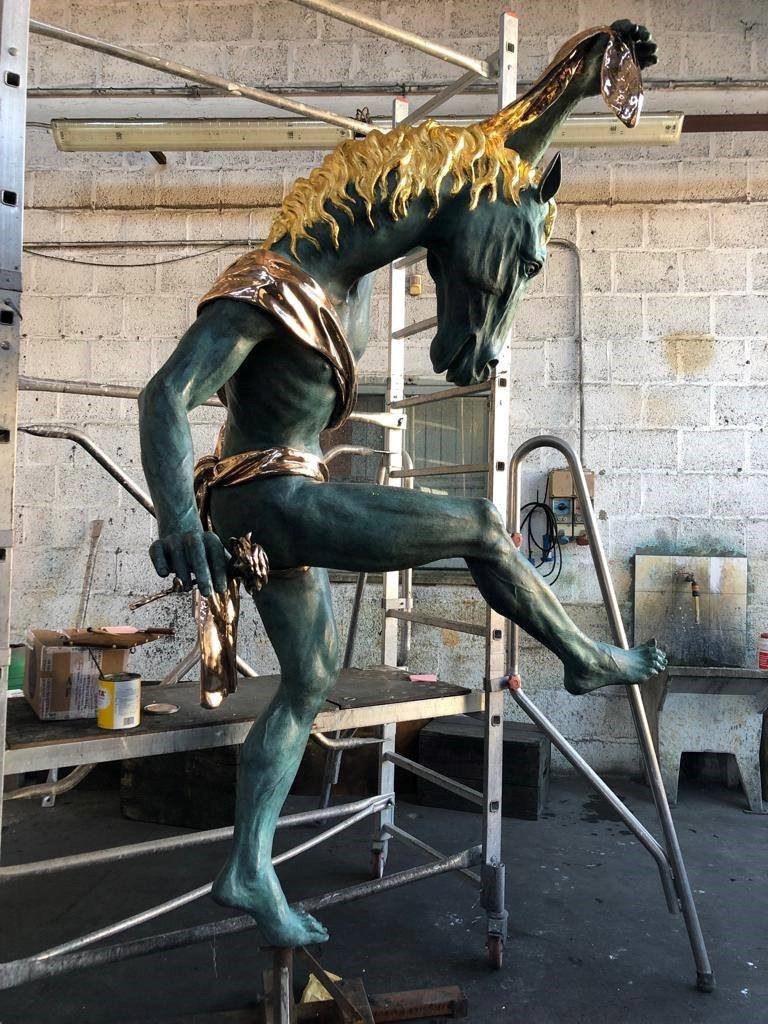 But why is the golden or gold grit so precious, apart from the obvious answer, that would run as follows: “Because it is gold”?
Because it is not a patina, but a technique that has been used for ages to decorate and that requires an unparalleled expertise from the artisan that applies it.

Tools are fundamental as well as the environment where the leaf is spread is part of the process. An environment void of dust, void of any particles that may interfere with the process.
On wood, on wooden frames and statues, the use of rabbit glue is the first step to start from.

A special natural glue, produced from a rabbit skin that becomes the main element to make it possible for the golden leaf to be spread in a uniform, stable way.

On bronze the procedure is different and apart from a vinyl glue, it is then a piece of agate stone that allows the artisan to spread it, in the most uniformed way to make it adhere perfectly to the surface.

The brush, to be used to apply it, is made of sable fur, a special type of hair that prevents the electrostatics to interfere with the process.

Metals, glass and paper, all of them are good for the golden leaf to apply on, provided a different glue is used and the result is always a pleasure for the eyes. 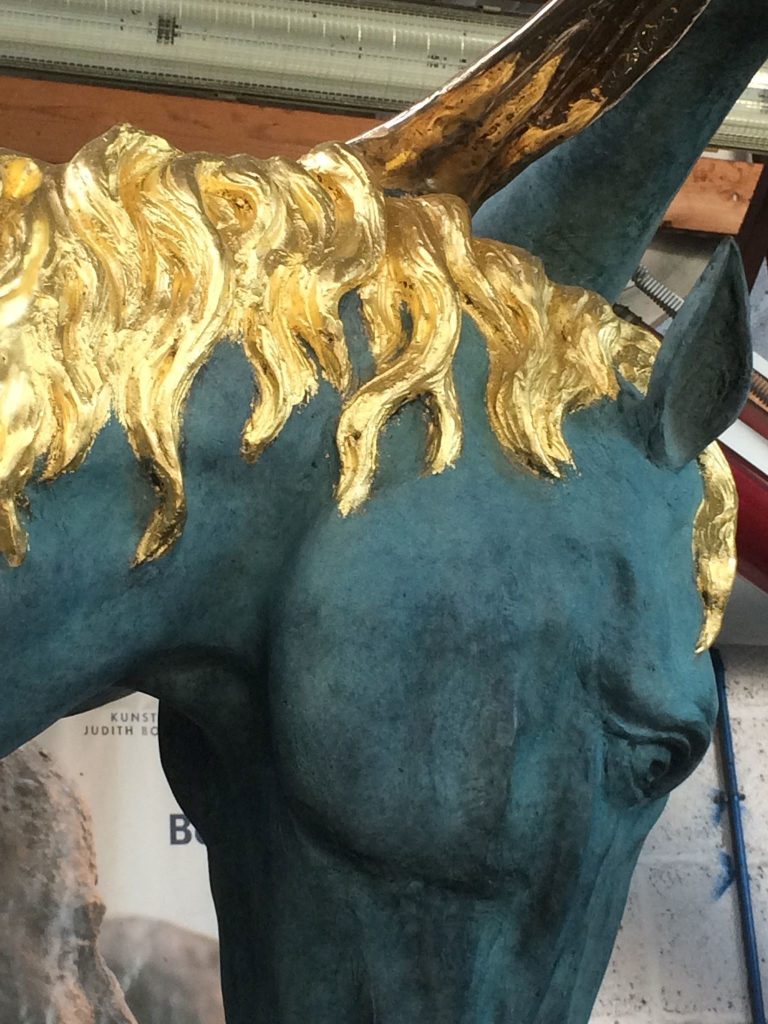