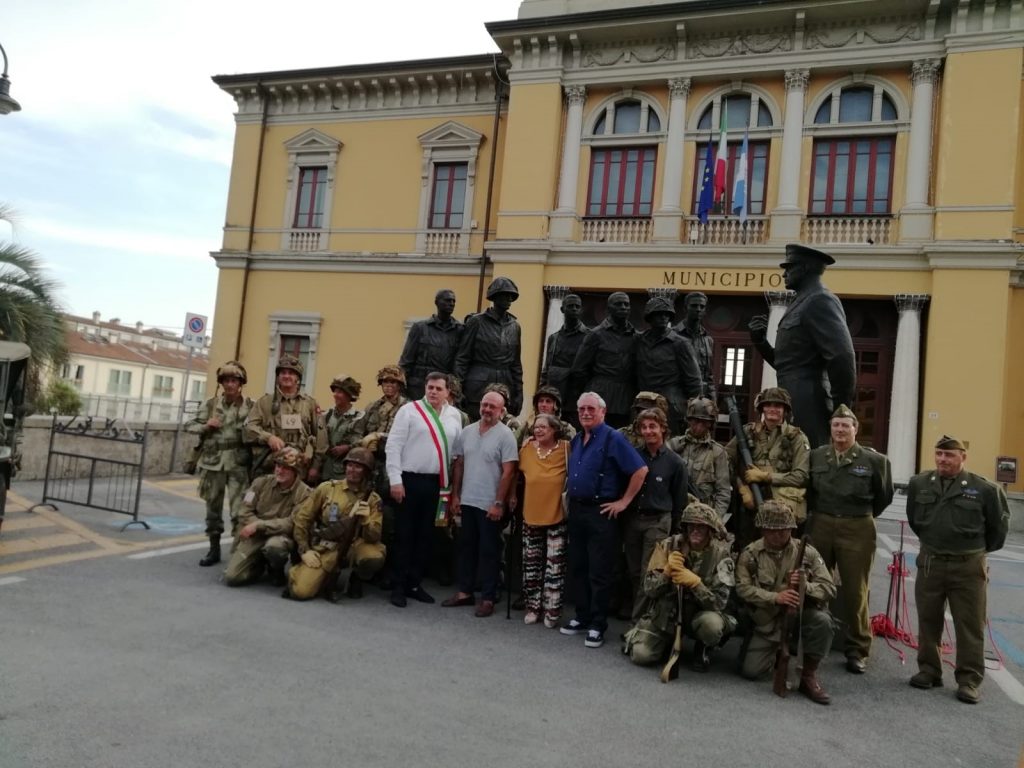 It must have been this the stimulus, or the first engine, as Dante would put it, that inspired the artist Sergey Eylanbekov to use bronze and tell the story of the great statesman, General, and President of the United States of America, Dwight David Eisenhower, born in the deep of Texas, in 1890 and dead in Washington in 1969, after devoting his life to the service of his country.

Always a Republican, Eisenhower’s politics stood out for a strong libertarian push in economics and for an expansion of the competences of the States, finalized to a restraint of the Communist doctrine, creating the so-called Eisenhower ‘s doctrine.

Sergey Eylanbekov is telling us Eisenhower’s life in three different phases :the child, the soldier, the statesman, with a patinated bronze piece of art made up by 12 monumental statues, higher than 3 metres, that will be inaugurated at the Eisenhower Memorial, next May 2020, and that have been cast at Fonderia Artistica Mariani, in Pietrasanta since 2017. 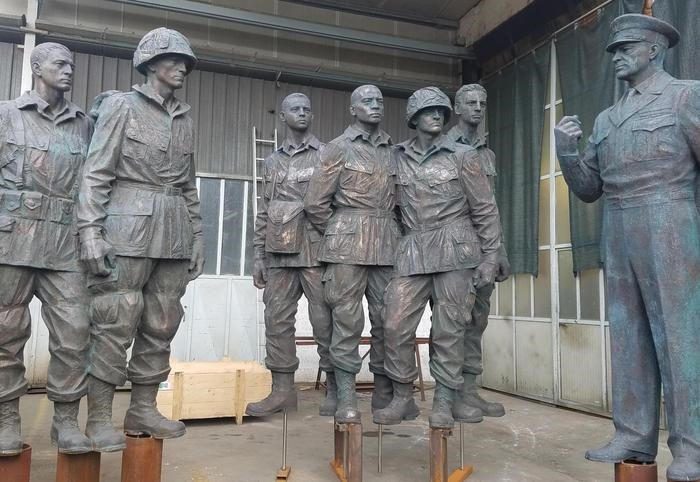 Eisenhower’s career, as a military strategist, that saw him as one of the protagonist of War World the 2nd, is told by imposing figures, proudly wearing a uniform, recounting the story that led him to become The Commander in Chief of the American Army.

A career, his career, that was interrupted by the call to serve his country from another perspective, by standing along the ranks of the Republican party and becoming, for two consecutive terms, the much beloved President of the United States of America.

How could such a big personality be not celebrated?

How does not feel the need to create an everlasting memory of the deed of a man who led his country in the growth of the private initiative and in the expansion of an industrial policy that would have it transformed into the worldwide leader we all know nowadays ?

Eisenhower’s charm has enchanted the sensitivity of an artist like Sergej Eylanbekow, who, born and bread in Russia, developed his creativity in the figurative art, moving to the Usa in the 1990s, creating powerfully evocative sculptures.

Since long, one of the artists that has been contributing effectively in enriching the portfolio of the Fonderia Artistica Mariani,  Sergej  begun working on the project of the Eisenhower some years ago in Pietrasanta, first on sketches and models, then with and through meetings and  visits with our team of artisans and our management, creating that fundamental synergy between the artist and the artisan, that is the key in every piece of art, that is the strength of the handicraft in Pietrasanta, thank to which the work of art develops, grows big and becomes real. 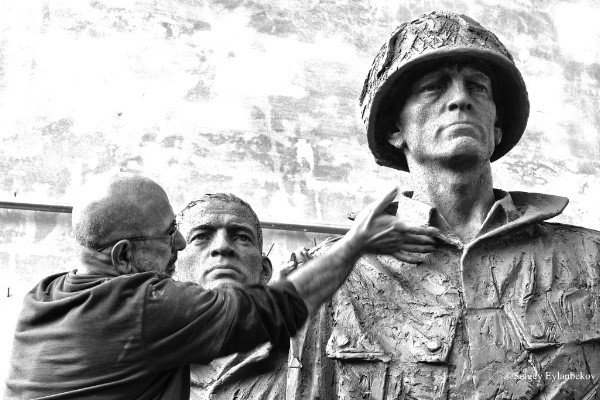 The first important step of the growth of this monument has been the presentation of one of its segments to the town of Pietrasanta, with a ceremony that saw public authorities and common people together, sharing the same gratitude to the artist that chose, years ago, our town to come and create his works of art and to someone who made big the future of his country.

The day of the opening is getting closer and closer and we all very much look forward to unveiling Sergej Eylanbekov’s masterpiece.