ART AND FRIENDSHIP IN THE MOSAICS WORLD

The story of our business relationship and friendship with Erik A Frandsen, started more than ten years ago when the first paintings in stone were done for him at the Ferrari&Bacci.
Frandsen is a self-taught artist that lived in Carrara where he learned how to become a sculptor, but also in Paris, where he worked in graphics.

An artist whose artistic practice is to be found also in his recycling of motives and their application to various mediums, with an altogether different expression as the end result.
An artist that finds in his daily family situations, strong motives of inspirations and a source of harmony that breathes naturally in his art.

It was in 2007 that Frandsen portrayed this beautiful Boy, his son, with a CocaCola in glass mosaics, done at Ferrari&Bacci and exhibited in various galleries all over the world and then placed permanently at the Aros artmuseum in Aarhus Denmark. 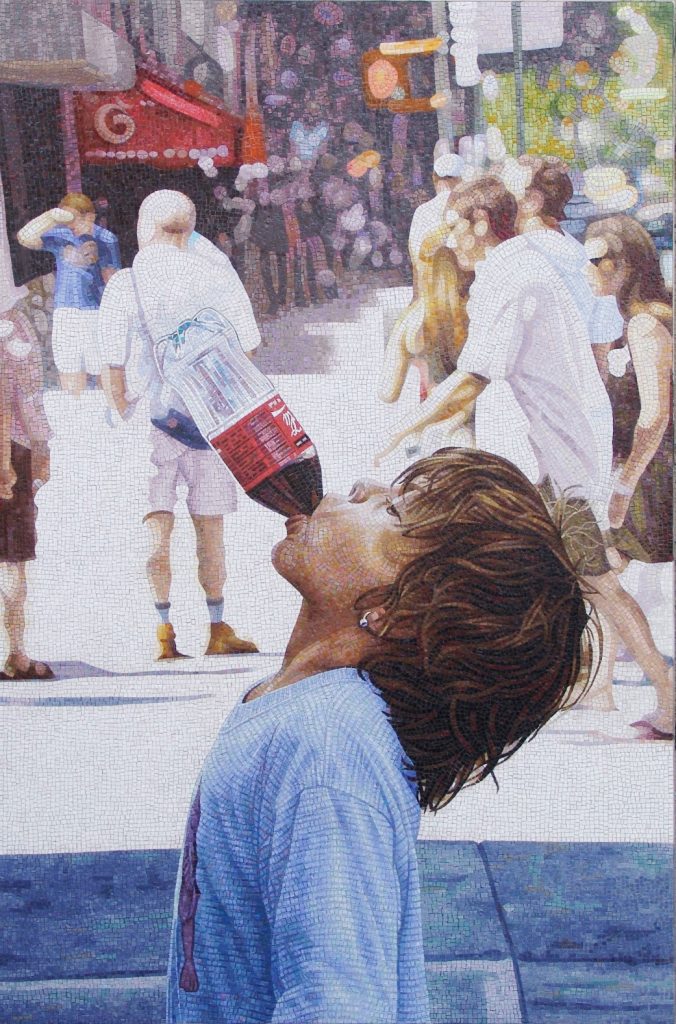 But, here we want to tell you another story, the story of a pilgrimage told in sketches and in tiny, shining, colourful stones that was born in Pietrasanta, Tuscany, Italy, between Manrico, the owner of Ferrari&Bacci and Erik, in front of an espresso drunk in the magnificent Piazza del Duomo at a bar, while chatting on various topics. 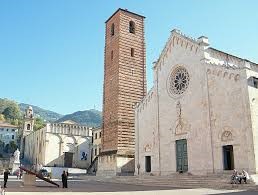 It was in 2014 at the time when Erik had decided to do the Francigena, the long walking pilgrimage that starts from Canterbury and ends in Rome, trodden by thousands and thousands of people, who want to put their bodies and souls to the test, by walking kilometres and kilometres on foot, with no company but for their spirit.
Erik was doing it and stopped in Pietrasanta, where the Francigena has one of its many stops, going through Valdicastello, Camaiore and Lucca towards Rome, and told Manrico that he wanted to fix the memories of this very special journey not by taking pictures but by drawing sketches on a notebook that was his only and one companion during the long, solitary days of walking under any climate and weather.
While Erik was telling the story of his notebook, Manrico smiled and looked at him saying : “ You know what we are going to make out of it… don’t you ?” 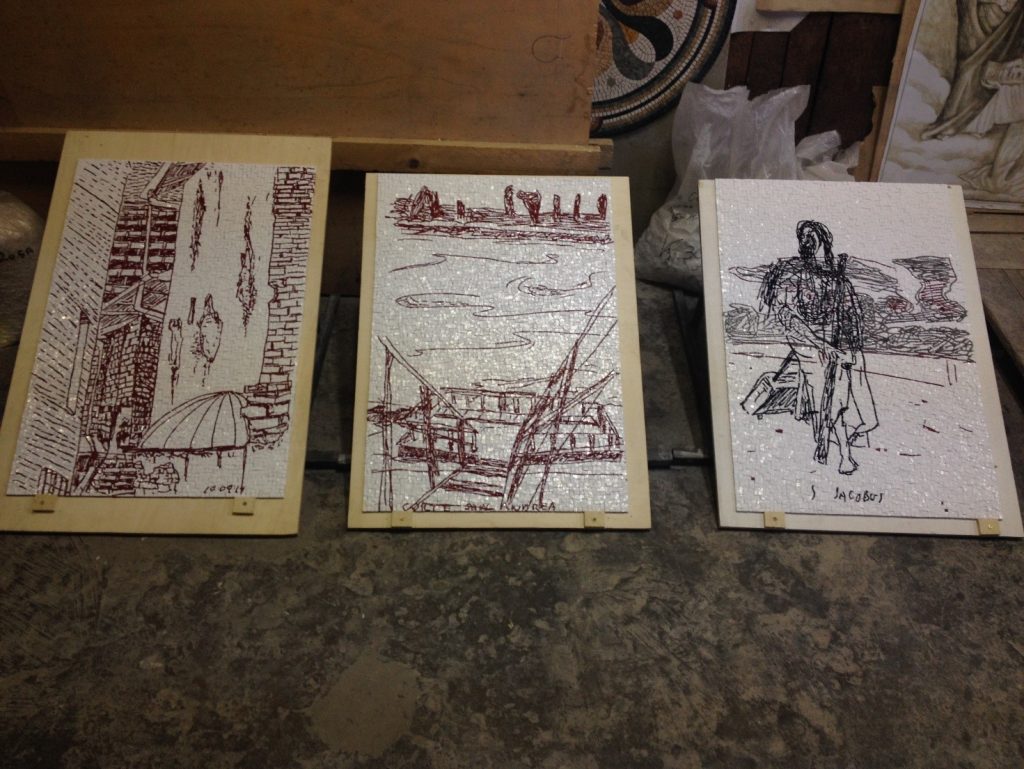 “I do”. He said, smiling back. “My story will be told in stones and my sketches will be translated into mosaics”.
It was as simple as that, that Erik’s pilgrimage was told in stones and that his wonderful sketches became panels of mosaics and even before he could get to Rome, the first panels were finished and more others were there to come. 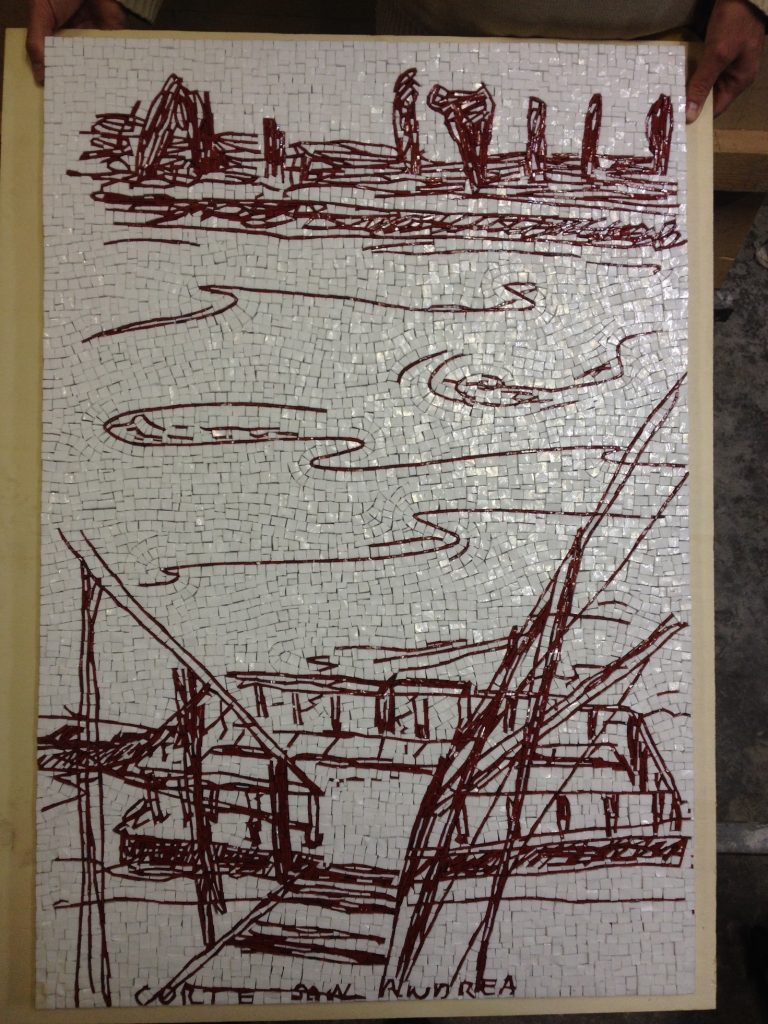 It was as simple as that, that all his panels, once completed became, in 2015, an exhibition, that took place in the prestigious seat of the Town Hall of Pietrasanta where Frandsen ‘s works in mosaics were admired by hundreds of tourists, art experts and people alike.

ART AND FRIENDSHIP IN THE MOSAICS WORLD