“The search for an artistic expression to represent the invisible with the visible: this is how the byzantine artists strove to solve the problem and rose the human figure to a metaphysical reality”.

This I was reading some years ago, when I started getting involved in the mosaic business with my family and, at the beginning, the abstruseness of the sentences puzzled me, until I started to delve into the study of the opus musivum made of gold and enamel, used to decorate walls and vaults in the ancient V century church in Ravenna and, then, little by little the meaning of it all, appeared to me in all its power. 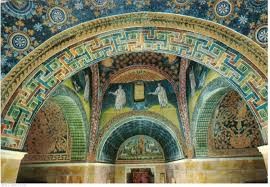 As the art books would tell us, it was the bi-dimensional images and colours that defined the plastic values of the byzantine mosaic.

These were the two features that characterized the first period of the Byzantine mosaic, which were replaced by a massive and skilful use of lines, providing the figures with a new movement and more and more complex drapings.

Characters were no longer isolated but bound to one another by active and dynamic relationships, thank to a more uniformed used of the mosaic pieces, that changed the way light was mirrored.
The beauty of this was unparalleled and mosaic became a form of painting meant to last for ever and ever. 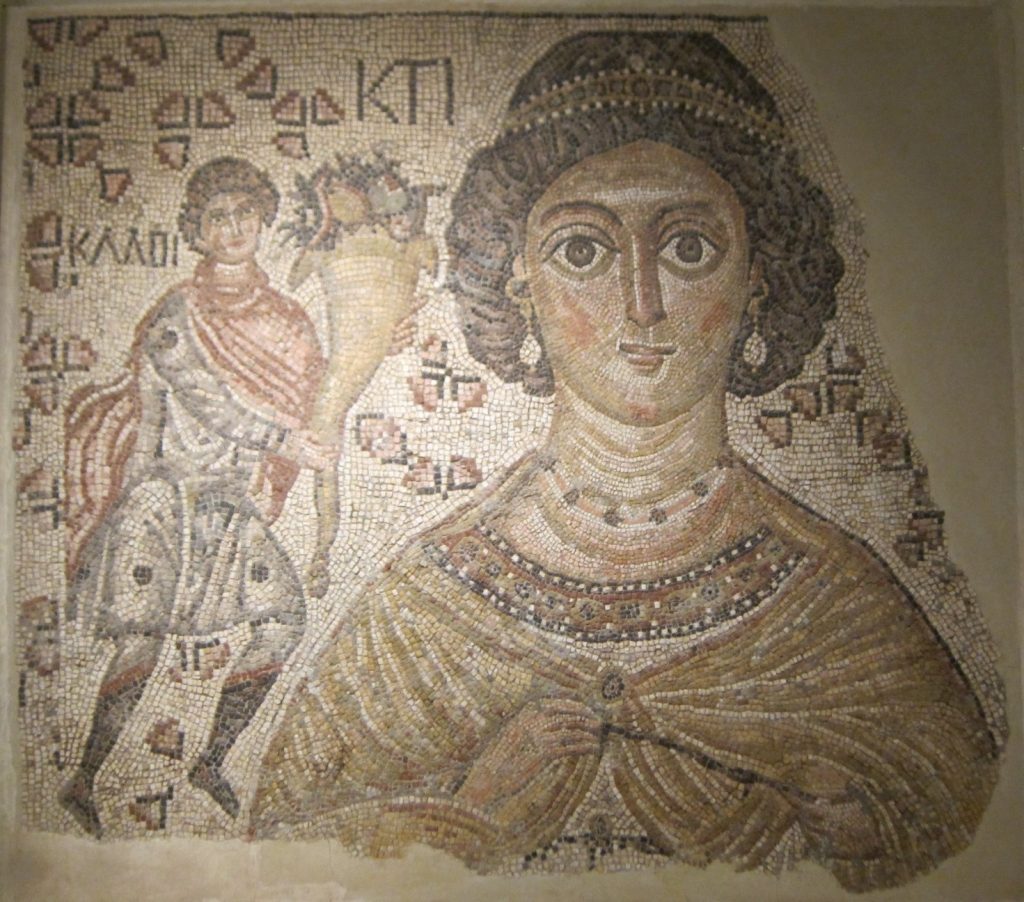 Ferrari&Bacci constantly renews the history of mosaic and our works plunge, so to speak, into the great traditions of the past and use them to tell a never-ending story made of stone and glass, as we did in St George’s Ukrainian Catholic Church in New York, where we worked in the 1980s. 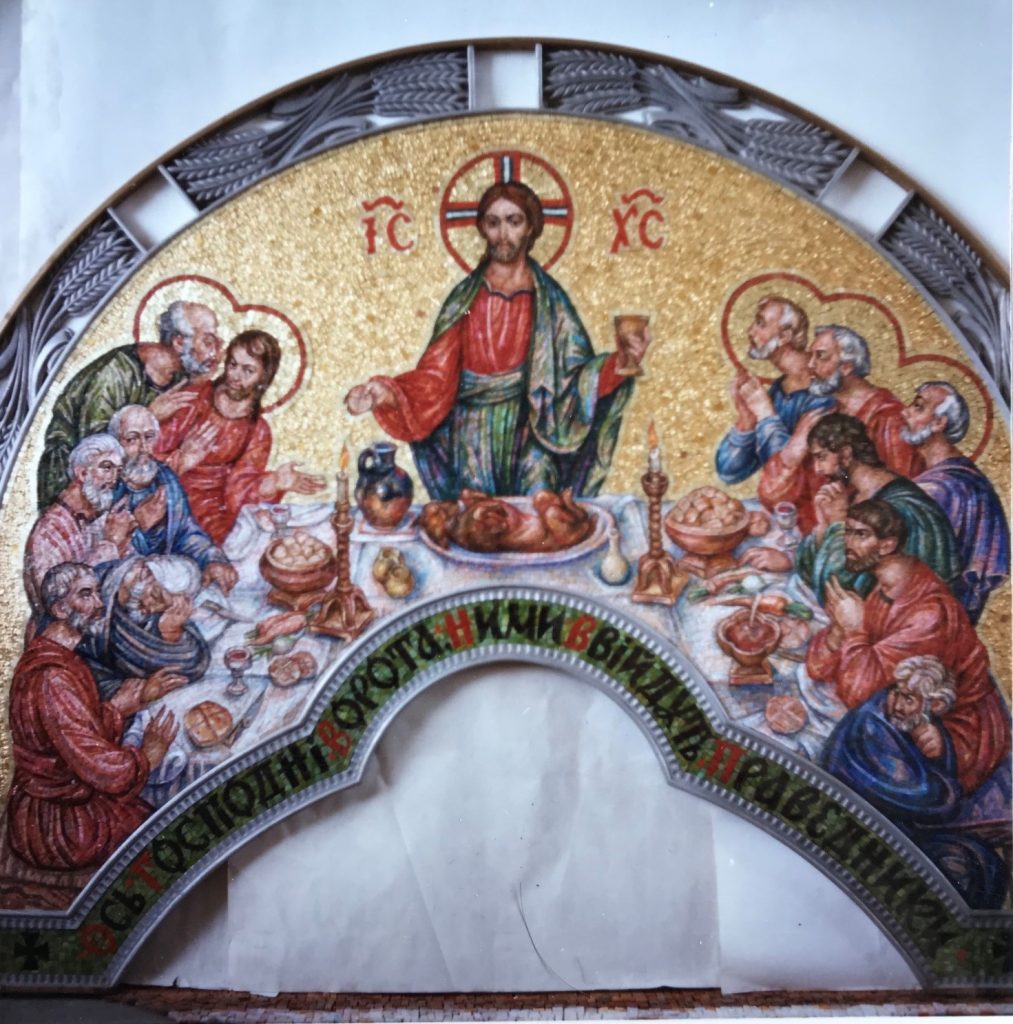 St George’s shows all the features of the Ukrainian Church Architecture, with its Dome or cupola, representing Heaven and the Universe; its icon of Christ the Pantocrator with the inscription “I am the Resurrection and Life”, where Christ is supported by 4 archangels with interlocking wings, surrounded by six winged cherubs, and its beautiful portico where a mosaic of Christ was completed by Ukrainians figures in native costumes and by a mosaic showing St George’s slaying of the dragon, representing the eternal struggle between good and evil. 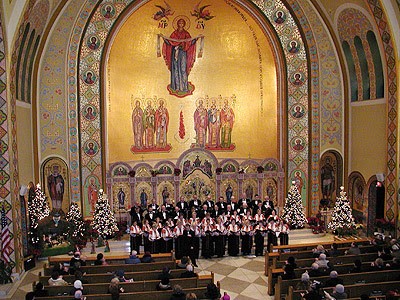 The work took years to be completed and several trips to New York where our artisans spent weeks working in the silence of the Church and the final result was so beautiful and enchanting that, some years later, I decided to take my whole family to New York to see it, all together.

The occasion was the celebration of Silvia’s 40th birthday, my wife and partner in business, and we made it even more special in sharing the experience with our children that became restless as soon as they were told that we were going to the city that never sleeps.

The trip to New York was an adventure in itself and the excitement was at its maximum when we landed on the tarmac of JFK airport.
Then… off we went on the crowded streets of New York with our rented car with my children screaming for happiness in front of the skyscrapers.
We drove and drove, until we found the Church. 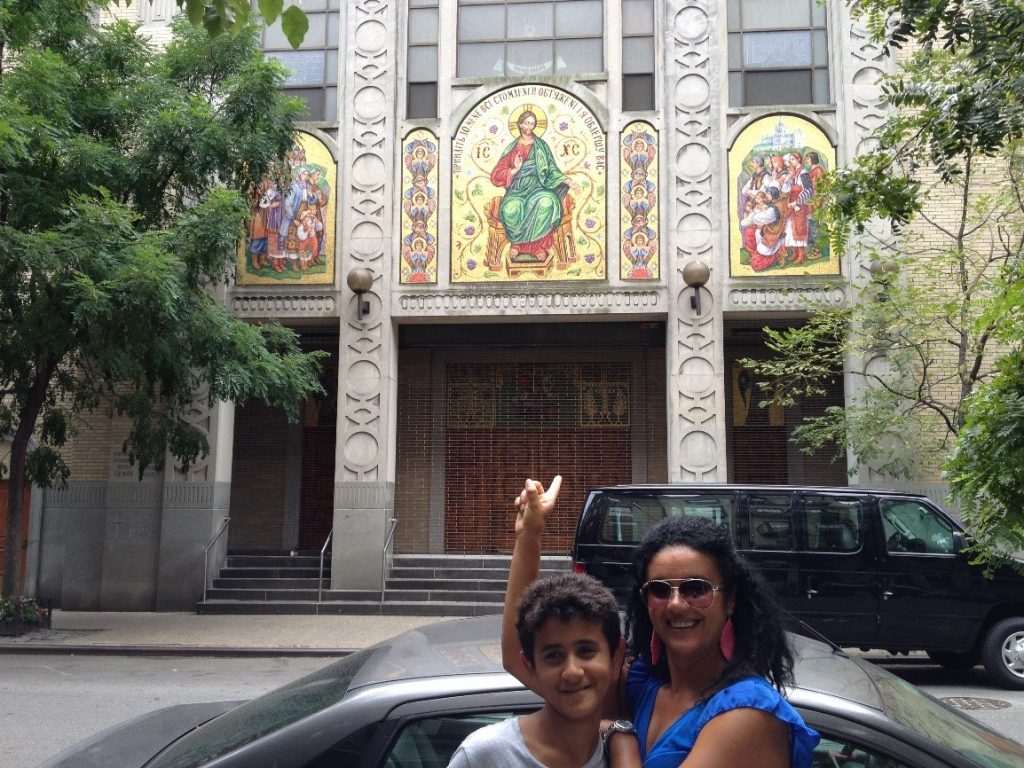 We parked and entered into a realm of gold and colours that left everybody speechless. 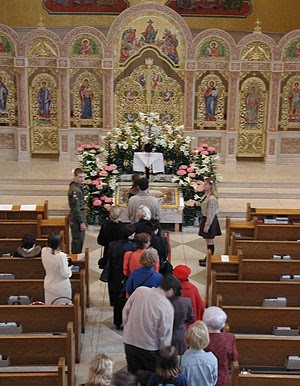 I looked around and saw my father’s work and felt proud, so proud of what he did in 1980s and so proud to be able to show it to my children, who, incredible but true, had become silent, gaping as, they were, at the wonderful explosion of colours and gold.

The power of art… that make even children… silent.