LADY ON A HORSE BY FERNANDO BOTERO

The bronze sculpture by the worldwide famous Colombian artist, Fernando Botero, self-titled “the most Colombian of Colombian artists” early on, featuring a lady on a horse, is one of the iconic pieces of contemporary art. 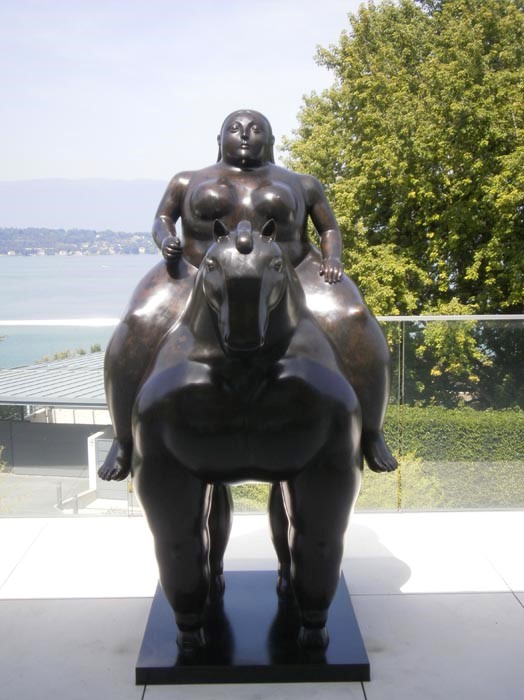 There is no or little need to introduce Botero’s art, valued, as he is, one of the greatest living artist on the contemporary scene, but we want to delve into this very original figurative piece for its unique identity, given by the artist’s interpretation of a classical topic.
Lady on a horse is a piece full of passion, where the human figure melts with the animal in the succesfull attempt to tell the moment of creation and to make energy perceived, thank to its over exaggerated and disproportioned volumes.
It is a piece where generosity, irony and creativity are displayed all at once.

ITS PRESERVATION STATE
The general deterioration state of the whole surface was evident in some deposits both coherent and incoherent that showed corrosion due to oxides, carbonates and sulphates.
These corrosion processes are always present on pieces exhibited in the open air. 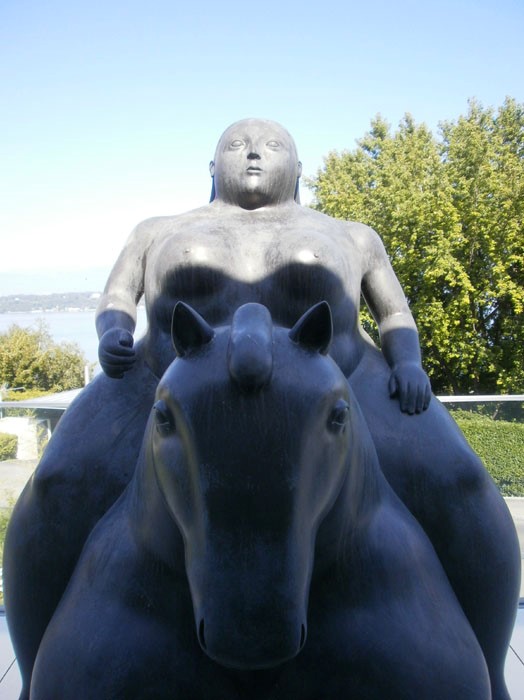 The corrosed spots were irregularly distributed on the sculpture and this was probably due to a lack of maintenance and to its exposure to the air, sun, rain and wind. 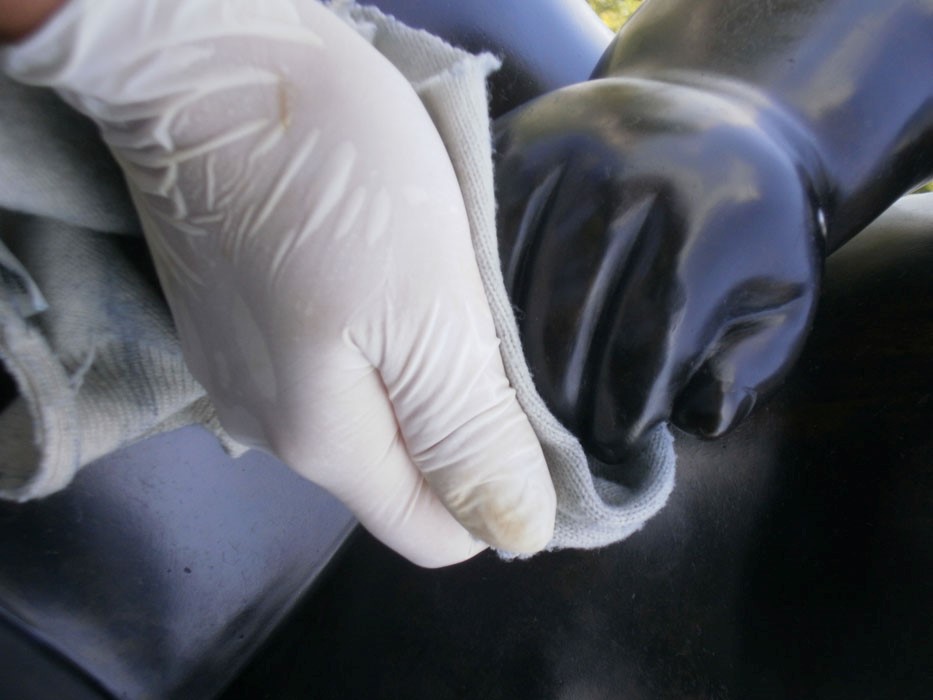 After completing some cleaning tests, we removed the incoherent superficial deposits, as well as the soluble salts from the surface, by repeated washings with de-ionized water and by a mechanical action with brushes equipped with soft bristles. 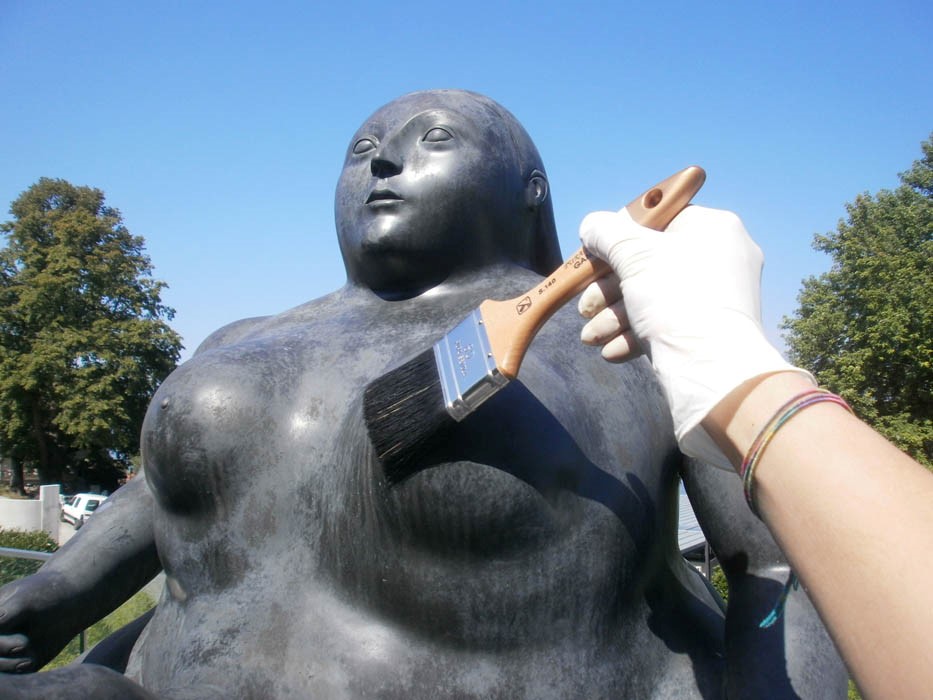 After that, we did various washings with alchool and acetone in a 1 to 1 ratio, necessary to take away the greasy substances existing on the surface.
The above mentioned operations were to remove the corrosion factors to re-establish the right chemical balance that was compromising the correct interpretation of the work.

The final step was to protect the surface with acrylic resin spread with a brush and following that, with the final appliance of microcrystalline wax with a 5% white spirit ratio.
The result is under everybody’s eyes to be seen: the work is back to its original splendour and its original mixture of chemicals are reproducing the patina that its master wanted for its work. 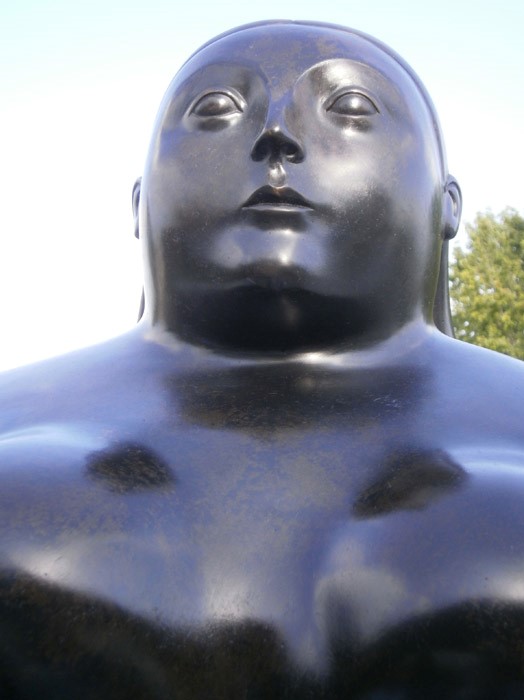 LADY ON A HORSE BY FERNANDO BOTERO
RestauroItalia